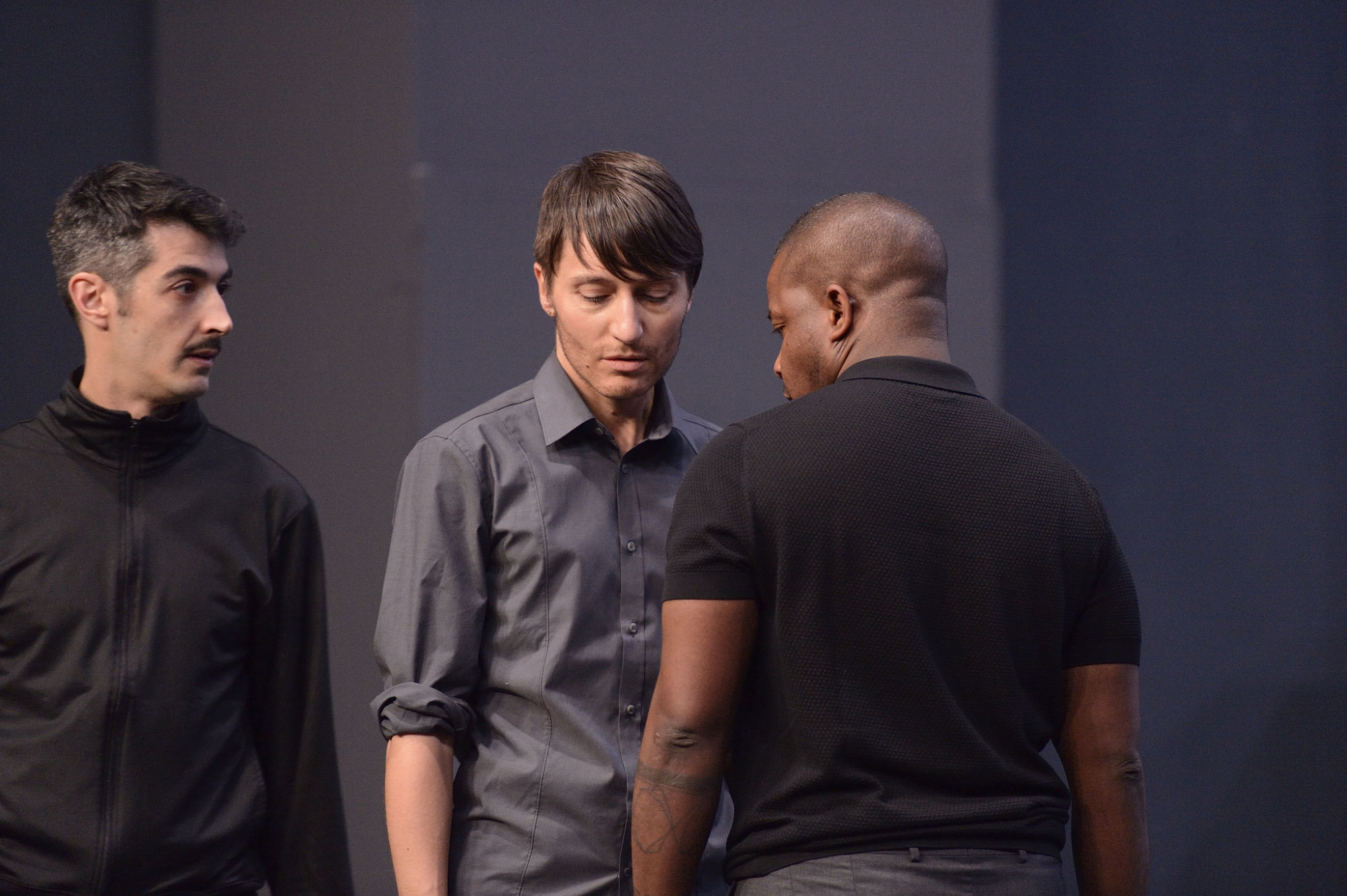 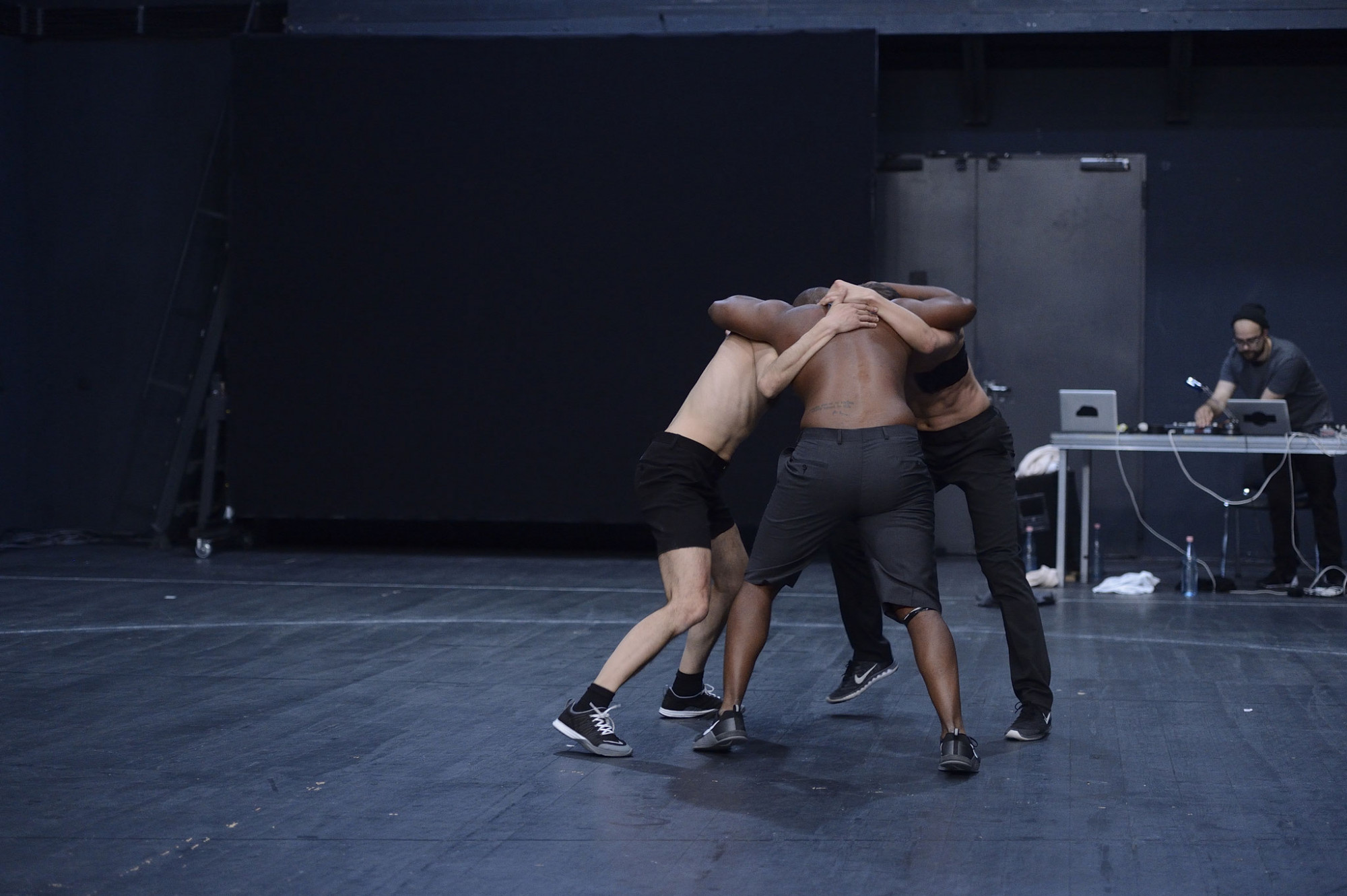 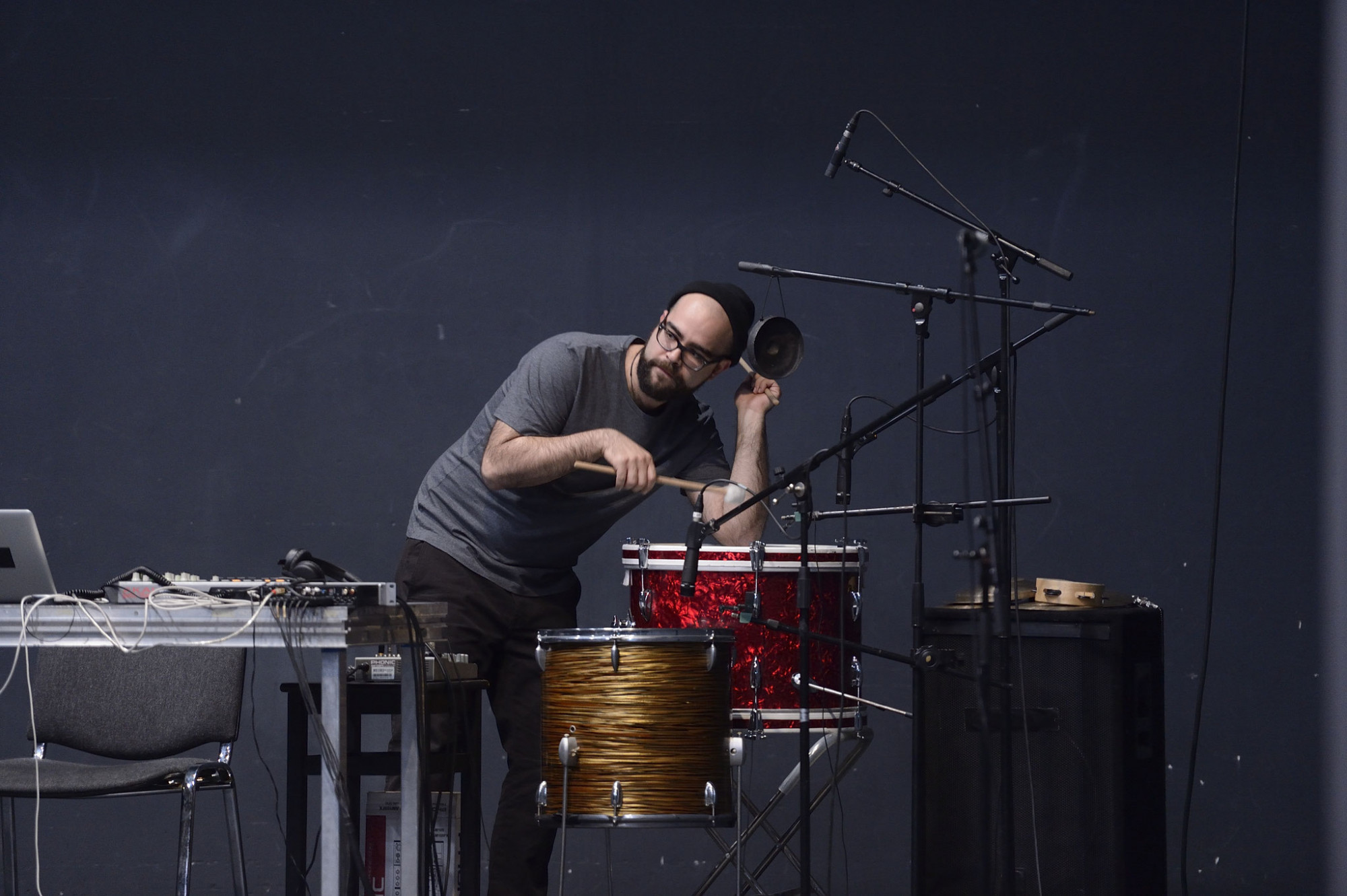 The starting point for T/HE/Y is based on Josep Caballero García's experience with male roles in German dance theatre. Those male roles didn't quite fit the Spanish dancer and choreographer – and due to his slight built he had to work hard to be able to convey the role of a “real man” on stage.

This work on the performativity and physicality of masculinity is the topic of the piece. García invites music artist Black Cracker, who has won various awards for his unconventional lyrics, and highly acclaimed multimedia performance artist Océan LeRoy – both famous figures of the Berlin underground scene – to join him in the project.

Together they explore their individual performance practices on stage as a male identified trio. Based on the non-normative masculinities that all three are living, the group has come to call itself “T/HE/Y” – the pronoun commonly used in queer environments to name people in a gender-neutral way, beyond man/woman dichotomies.

Throughout the piece, they are mutually adopting each other’s movement material and physical practices and exposing masculinity as a performative work and physical effort. Thus performance strategies from pop music are being paralleled with strategies from Drag-Kinging and the reenactment of historic “male choreographies”, such as by Pina Bausch or Urs Dietrich. Masculinity is examined here as a non-biological category, and is understood as the mimetic work of “doing gender” on the one hand, and as a relation and constellation between bodies in the sense of the term “assemblage” on the other.

The audience is invited to observe a “public rehearsal” of being-man as becoming-man. A man isn't something that someone is or is not, it's what gets created individually in each case in the relation to others. T/HE/Y is an attempt to investigate masculinity beyond identitary attributions, as a relational movement practice by three bodies in the area between gender discourses, pop and dance theatre.